Forbes: How Grit, Bootstrapping And Entrepreneurial Vision Combine To Disrupt A Stagnant Industry

Nina Luu had a successful business importing textiles and selling them to companies such as J.Crew, Saks Fifth Avenue, Bloomingdale’s, Costco, Bed Bath and Anthropologie.

But she was frustrated by the inventory management and shipping process, which were manual, siloed and opaque. She thought other importers had the same problem and that she could develop a cloud-based supply-chain platform for companies that would enable users to compare quotes, book shipments and track freight, as well as buy bonds, clear customs and more. 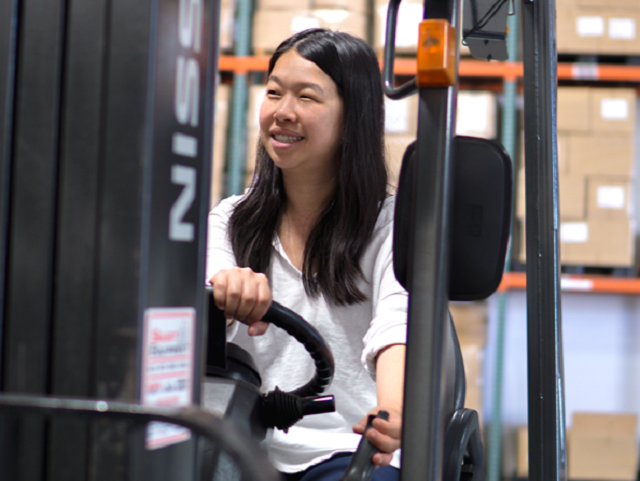 Her first challenge was convincing industry insiders that technology could automate and provide transparency in a process with so many moving parts. Next, while Los Angeles, where Luu is headquartered, is known for its import, export and manufacturing companies, it is not known for having a community of angels that support cloud technologies (SAAS) companies. Making it double, if not triple as hard was that she was a woman in a heavily male-dominated industry. She was also an industry outsider, claiming she could develop a solution.

“Investors told me this was a small idea,” said Luu.  Fifty to 60 investors declined the opportunity to invest in that “small” idea.

Undeterred, Luu moved forward. Like other entrepreneurs with grit and determination, she dug in. Because she had been successful as an importer, she had money to fund the early development of Shippabo and went without salary for 2 years. She launched her new venture in 2015. Friends, family and angel investor Joanne Wilson invested.

“We landed our first client through a referral,” said Luu. The client company had a lot of issues with its global shipping. The problems were magnified when the point person responsible for shipping left the company. The client now had no way to manage the shipping process. Shippabo cleaned up the problem by streamlining the process and automating it.

Now, Shippabo had the proof of concept it needed. In addition to this client, others not only validated the need, they also helped develop the product and pointed to additional applications for it. It wasn’t just importers that needed Shippabo, exporters needed it, as did companies transporting products by rail and truck inter- and intrastate. And it wasn’t just for small and midsize shippers. Fortune 1000 companies needed the service, too.

In 2016, Luu went back out to raise financing. This time, there were a lot of yeses, including Wonder Ventures, TenOneTen Ventures, Double M Partners, Slow Ventures. To date, she’s raised $2.8 million dollars. From 2016 to 2017, sales tripled, to $3 million and the team grew to 17.

The naysayers had been proven wrong. How will you overcome the challenges you face?

Shippabo, a supply chain management platform, has expanded its network of service providers to offer a se...
END_OF_DOCUMENT_TOKEN_TO_BE_REPLACED

Freightwaves: The threat is coming from inside the house

How to Maintain Company Culture While Working From Home